Sesquicentennial. Say that five times fast. It’s a good word to learn because you’ll be hearing it a lot this year. It’s the sesquicentennial — that is, the 150th — anniversary of the end of the Civil War.

If you’re interested in this fascinating part of America’s history, we have a new OLLI class that will pique your interest: 1864-1865: The Conflict Draws to an End. Taught by Civil War historian and author Michael K. Shaffer, the class brings to life famous (and infamous) figures and events of the era, letting students relive the final, dramatic moments of the war. Michael said this class isn’t just for history buffs. It’s for any lifelong learner. Read our interview with him to learn more about what makes the class unique — and don’t forget to tell your friends how you plan to mark this special sesquicentennial anniversary.

So why learn about Civil War history?
We study historical events from thousands of years in the past. In context, the American Civil War, occurring 150 years ago, remains current. Living where we do here in Georgia — surrounded with so many sites from the American Civil War — enables individuals to connect with their history. Focusing on the personalities of officers, politicians and others involved in the 19th-century conflict, instead of memorizing dates, offers a stronger connection with our past.

For this class, why did you want to zero in on the last year of the war?
We opted to cover the final year of the war to coincide with the remaining months of the sesquicentennial commemoration. The subject matter will prove very timely for the students. They will have discussed in class certain actions on or near the 150th anniversary of their occurrence.

Give us a sneak peek of some little-known Civil War history.
As the war wound down during the final year and especially during General Sherman’s action here in Georgia, desertion among Confederate soldiers produced a real problem. Many Georgia soldiers served in Virginia with General Robert E. Lee’s Army of Northern Virginia. When they read letters from home, which described the hardships endured from their loved ones as federal troops raided homes, increasingly the soldiers could not resist the temptation to make their way home.

What will the class be like?
In covering the many decisive events from 1864 and 1865, we will explore the personalities of the leaders involved, relive battle action through soldier letters and diaries, and investigate some of the lesser known events from the war’s final year. Nurturing a better understanding of the connected nature of the various military campaigns and bringing to life the individuals involved will make this an engaging and rewarding course for each student. 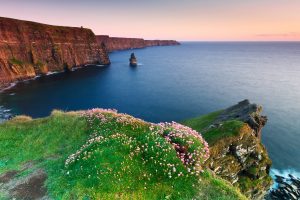