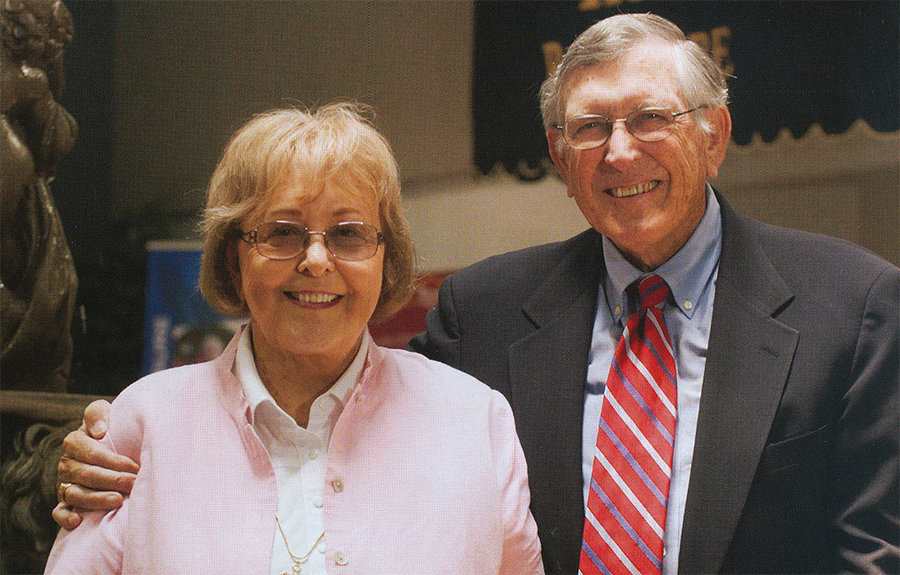 Lifelong learning opportunities for teens and adults over 50 are an integral part of the College of Professional Education (CPE) because of the generous contributions of Chester “Chet” Austin.

Austin, 92, passed away Tuesday, May 19. He was preceded in death by his wife, Hazel Stanfield Austin.

“Chet Austin was a wonderful man and longtime friend of CPE,” said Dr. Tim Blumentritt. “He leaves a legacy of leadership, extraordinary service, and a dedication to lifelong learning. While we are sad, we can also celebrate a life well lived. Our entire community will miss him.”

Austin attended Georgia Military College and served in the Navy from 1945 to 1947. He graduated from Georgia State University with a bachelor of science in 1953. In 1954, Chet and Hazel joined their lifelong friend Al Burruss at Tip Top Poultry, a small business venture that would later become one of the leading companies in the poultry industry. When Burruss passed away in 1986, Austin took over leadership at Tip Top Poultry until his retirement in 1999.

Austin’s involvement with Kennesaw State University began with an invitation from Dick Harp, then director of the Osher Lifelong Learning Institute (OLLI).

“Dick Harp said they were organizing an advisory board to enlighten folks on what they were doing,” Austin once explained. “I listened to what their plans were, and when I stood up to leave, I shook Dick’s hand and said, “I like what you are doing here.”

The Osher Lifelong Learning Institute (OLLI) offers educational and social opportunities for adults age 50 and older. With a purpose to promote lifelong learning and continued intellectual and personal growth for retirement-age individuals, OLLI has become the place for fun, interactive learning in a safe and encouraging environment. In 2005, Austin established the Al and Chet Education Fund with a generous contribution to support the Osher Lifelong Learning Institute at The College of Professional Education at Kennesaw State University.

His commitment to Kennesaw State University extended well beyond that initial introduction. Austin served as a member of the KSU Foundation Board of Trustees for 15 years and has received extensive recognition for his contributions to the University. In 2006, he received the Erwin Zaban Prize for entrepreneurial spirit, and in 2007, he received the Chairman’s Award for outstanding trustee. In honor of  his commitment to lifelong learning, CPE named its youth academy in his honor. The academy, which is open to high school students as part of the Summer University program, is known as the Chet Austin Teen Leadership Academy. A scholarship to assist with the cost of attending the Academy was established in Austin’s name.

In 2013, Austin was honored with the Horace W. Sturgis Award and the Kalafut Award for Exceptional Service. In that same year, KSU renamed residence halls University Place I and II as the Chet and Hazel Austin Student Residence Complex.

Austin has also supported scholarships that benefited the Coles College of Business, the College of the Arts, and KSU athletics. He could often be found on the golf course or cheering on the Owls at a KSU athletics game.

A private burial will be held and a memorial service planned for a future date.

Lessons Learned in Leadership: The Lifeblood of Your Organization

CPE's July Open House to be Held Online; Save 20% on Professional Courses Through July 31